Activists opposed to a $300 million makeover of the Redondo Beach waterfront filed a long-expected challenge to the project Monday.

Hours before a deadline, members of Rescue Our Waterfront submitted an appeal of the Harbor Commission’s Aug. 9 decision to approve CenterCal’s overhaul of 35 acres from Seaside Lagoon to the Redondo Beach pier.

The project — one of the most ambitious and contentious in city history — calls for the replacement of the deteriorating pier parking structure, a public market, a movie theater, a 120-room hotel, 20-foot-wide boardwalk, pedestrian drawbridge, retail shops, restaurants and creative office space, among other improvements.

The 439-page appeal filed by slow-growth activist Jim Light and other project opponents accuses the commission of failing to fully vet the EIR and outlines a host of alleged violations of state and city zoning laws, arguing CenterCal’s vision impedes coastal access by catering to the wealthy and putting commercial over recreational use.

View obstruction, the prioritization of parking for commercial use and “incomplete, inadequate and unsupported disclosure of physical baseline conditions” are among chief concerns with the EIR outlined in the appeal. It also challenges the selection of Mole B for a boat launch ramp, arguing paddlers and other groups will lose access to the water.

“There is no question that the project prioritizes the commercial elements of the project over long-standing coastal dependent recreational uses,” the appeal states. “These all represent violation of the California Coastal Act, the city’s Local Coastal Plan and the city’s zoning ordinances.”

And though the appeal also lists the International Brotherhood of Electrical Workers Local 11 as an appellant, Light said that was an error in the paperwork. It should have referred to Unite Here Local 11, a hotel workers union that opposes the CenterCal project.

Earlier this year, Rescue Our Waterfront deployed another strategy to block the project: the group is gathering signatures for a ballot initiative that would further tighten development limits for the area set by voters with 2010’s Measure G.

“We are pleased that there is so much interest in this project and that the council will have the opportunity to evaluate this much-needed revitalization — we always expected that this would be the next step in this process,” he said.

“Their review is the culmination of years of hard work from city leaders and the community to finally restore our waterfront and make it a place everyone can enjoy. We hope the council will reach the same conclusion that the Harbor Commission did: that this is an incredible opportunity to fulfill that vision.”

Note: This article has been updated to clarify that the International Brotherhood of Electrical Workers Local 11 was mistakenly listed in the appeal. 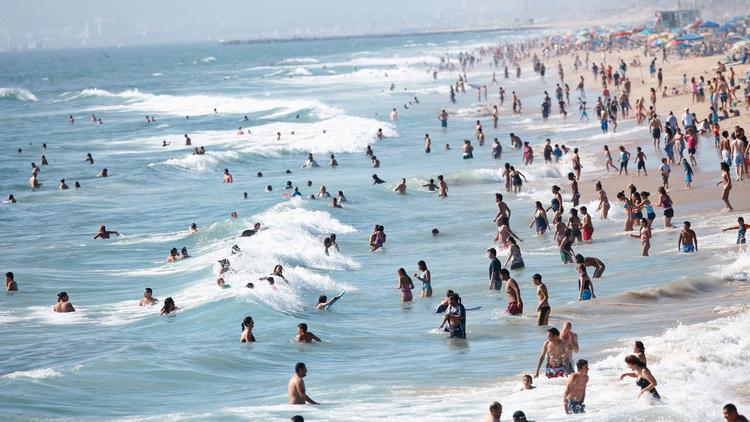 About The Beach Broker

What clients are saying